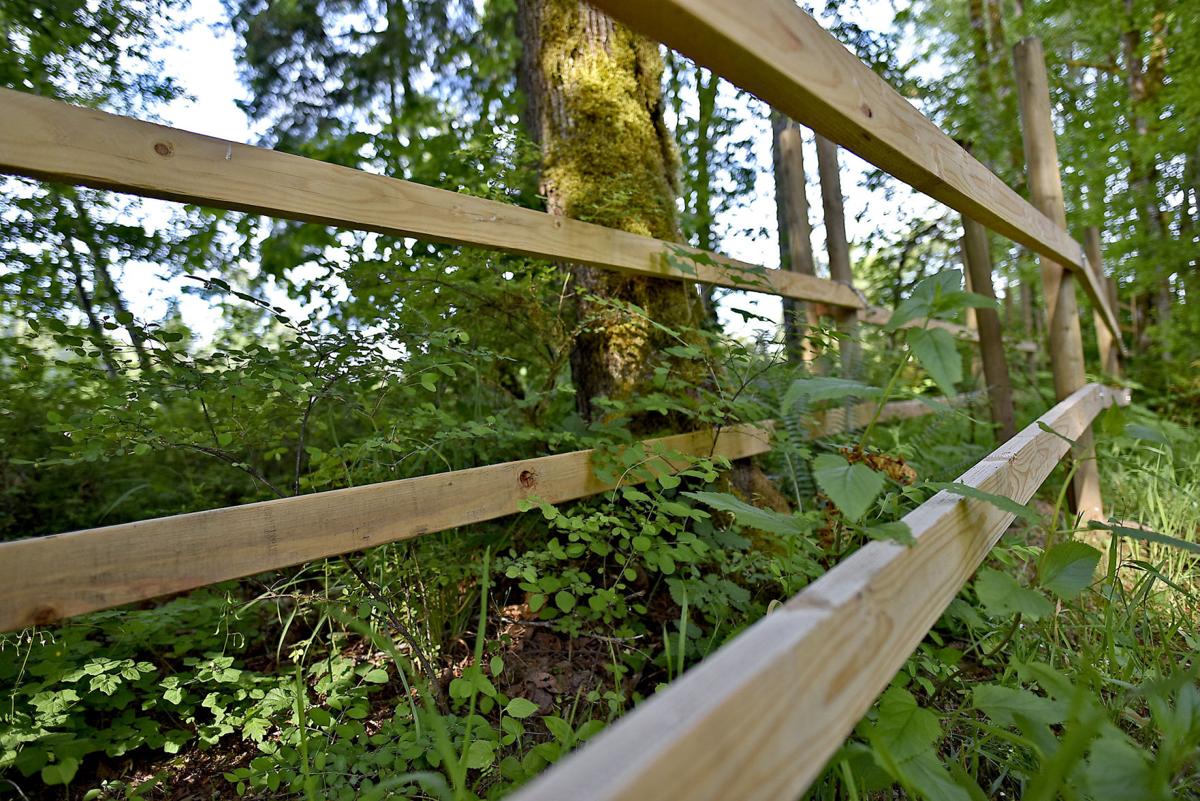 A new type of fence built near Jewell is designed to ward off elk. 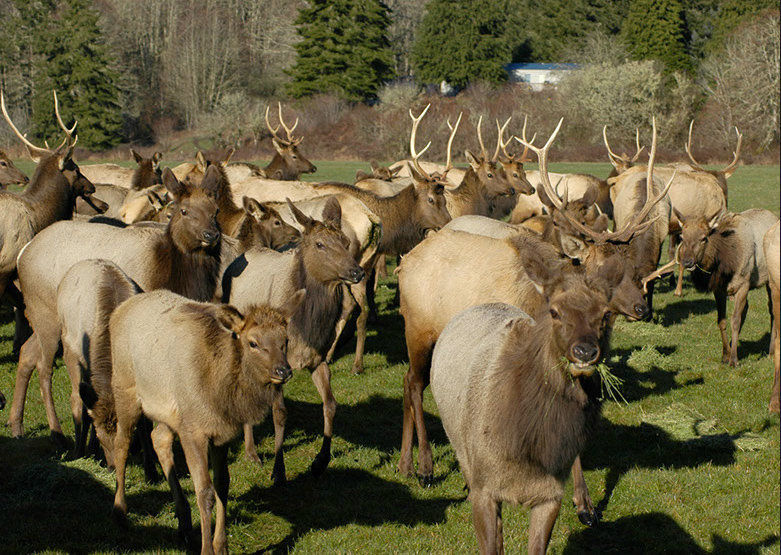 Elk graze at the state-run Jewell Meadows Wildlife Area. An experimental fence on private property next door could become a way to manage herd movements and reduce human-elk conflicts. 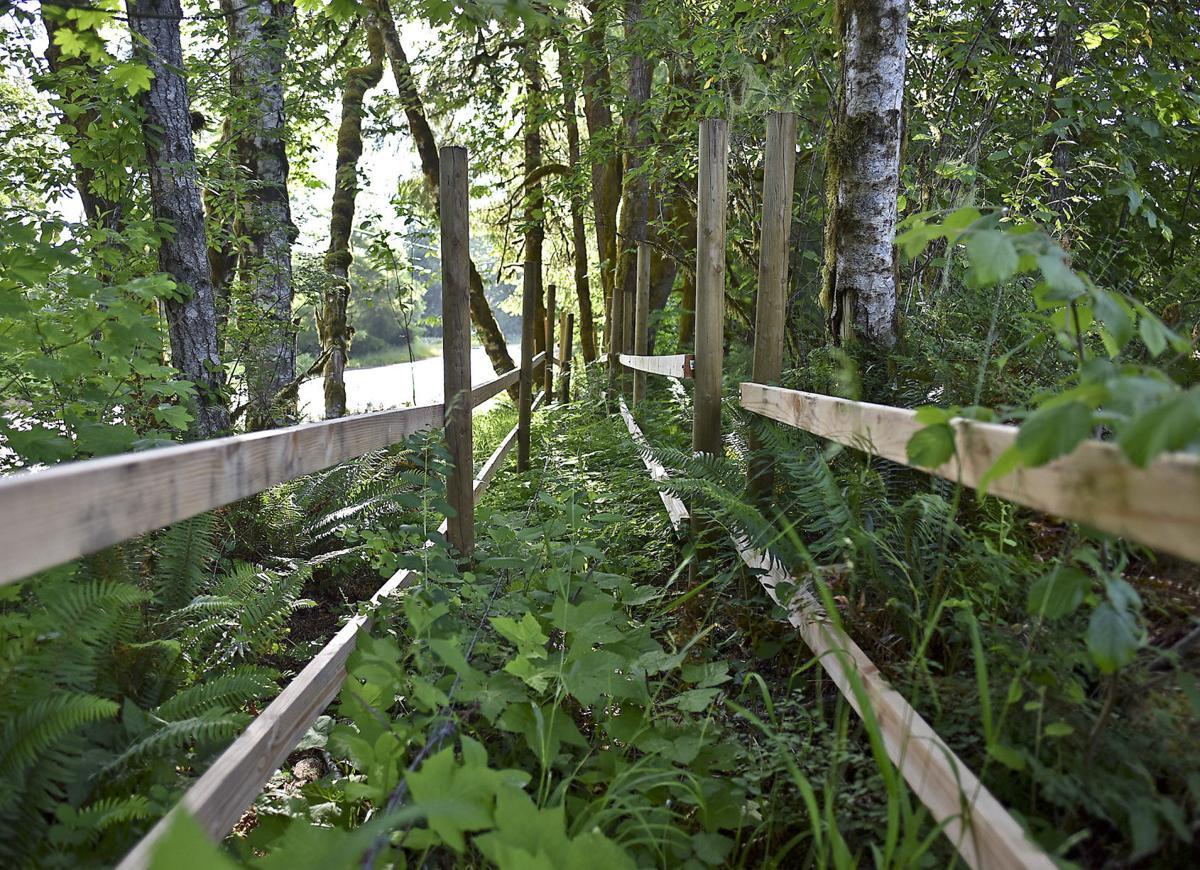 Wildlife biologists hope the double-fence design will deter elk from trying to cross. 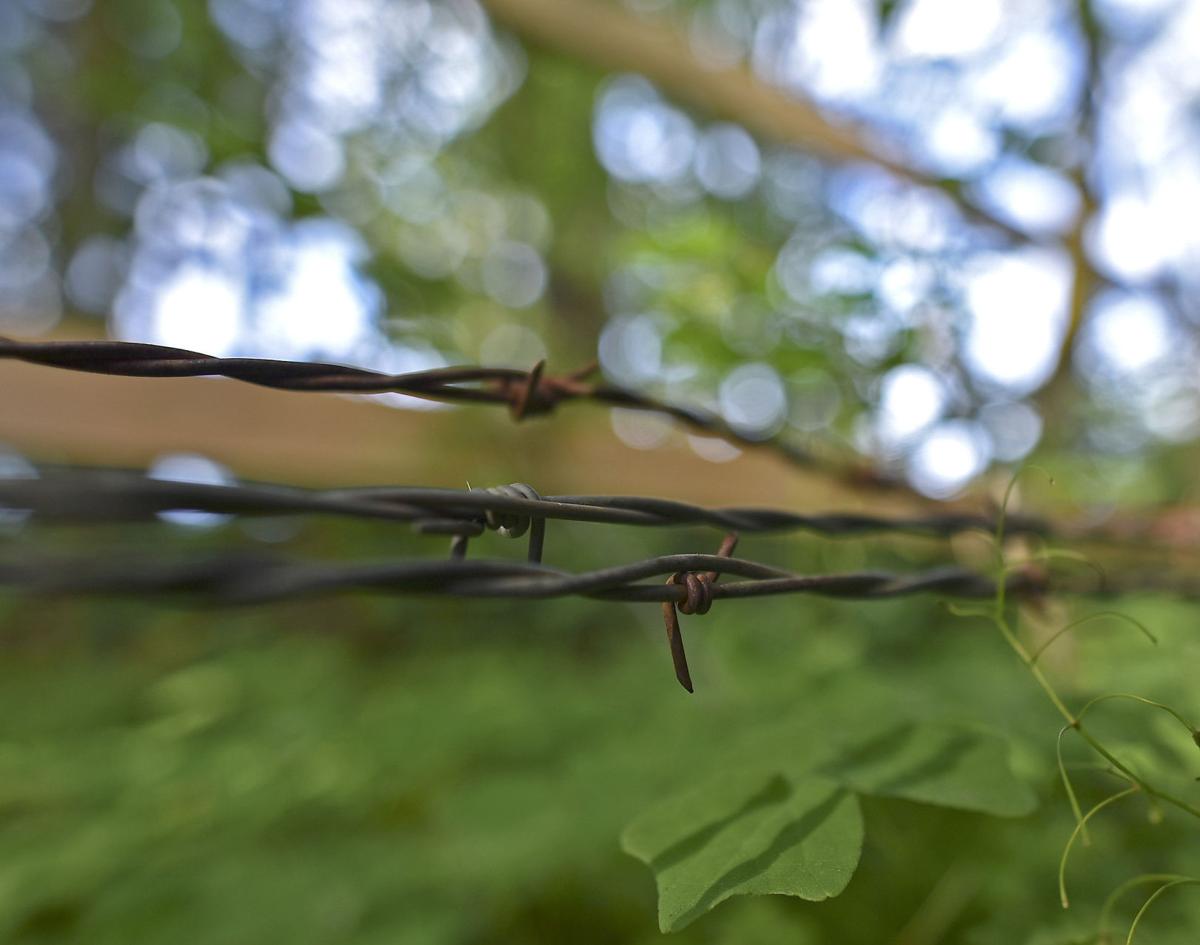 Lines of barbed wire run down the middle of the two fences.

A new type of fence built near Jewell is designed to ward off elk.

Elk graze at the state-run Jewell Meadows Wildlife Area. An experimental fence on private property next door could become a way to manage herd movements and reduce human-elk conflicts.

Wildlife biologists hope the double-fence design will deter elk from trying to cross.

Lines of barbed wire run down the middle of the two fences.

When it comes to keeping elk out of gardens, backyards, fields or golf courses, North Coast residents have a couple of options.

They can barricade themselves behind tall sturdy fences elk won’t jump and can’t push over. Maybe they startle the elk away with lights or sounds, techniques that usually have a short shelf life as the animals, like horror movie fans, get used to the scare tactics. Or maybe they just move to a land free of these large, determined creatures.

But with growing concerns about conflicts between elk and people in cities like Gearhart and Warrenton, state wildlife biologists are working on another option: Double fences.

The system consists of two short, wooden post-and-plank fences spaced about 3 feet apart and parallel to each other, with lines of barbed wire running down the track between them; the type of barrier biologists hope might make an elk pause and reconsider.

As far as wildlife officials can tell, double fences have never been used to manage elk movements before. The only studies they found addressed regular-sized deer in Ontario, Canada, and extra-large red deer in Scotland. But a deer is whole different kind of critter, wildlife biologists say.

“We just decided, well, if nobody’s done any work on this, we’re just going to build an experimental fence prototype,” said Herman Biederbeck, biologist with the Oregon Department of Fish and Wildlife.

The state installed a double-fence segment on a rancher’s land off Highway 202 in March, down from the protected Jewell Meadows Wildlife Area and elk herd viewing sites.

There are about 280 elk in the wildlife area itself, and around 350 in the area total that could possibly come in contact with the fence. But the true number of elk crossing the fenced area regularly is probably closer to 120, according to employees at the refuge.

A typical elk fence is usually around 8 feet tall and is often constructed with wood posts and wire, giving off a whiff of prison camp. A double fence may cost more but could be made to look more decorative. If the prototype in Jewell succeeds in deterring elk long term, the system could be a better, more attractive option for residents and elk-plagued businesses elsewhere in the county, Biederbeck said.

The tops of the fences hit at about belly-button height right now. For an elk, that’s nothing. They’ll jump a fence that short with their eyes closed and their front hooves tied behind their backs.

But the trick here is to be able to clear two fences at once.

Biederbeck has adjusted the fences since the first installation, trying to find what he calls the “magical configuration” of height and spacing — the point where an otherwise capable elk eyes the barrier and decides, “I can’t negotiate that.”

After some trial and error, Biederbeck thinks he’s close to the sweet spot.

“So far they seem to be avoiding it all together,” he said. Trail cameras set on either side of the fencing will track how elk respond.

It’s possible that as the fences become more familiar to the elk, they might decide to take a chance at leaping it. And maybe they’ll make it over. Biederbeck is prepared to tinker some more: raising the height, adjusting the gap. The state is only several months deep into the experiment. The fences first went up in March. Biederbeck hopes to continue the experiment for at least a year.

Elsewhere in the world of Clatsop County elk herds, rangers at Lewis and Clark National Historical Park completed training on how to dart them. The training was preparation for an effort to fix collars on elk to better understand how the animals move through and use the park.

Though rangers won’t undertake the darting themselves, they needed to understand how it works and the proper procedures, said Chris Clatterbuck, the park’s chief of resource management.

In Warrenton, Mayor Henry Balensifer helped organize an informational meeting with Biederbeck and the Fish and Wildlife Department in April to answer residents’ questions and to reiterate ways to coexist with elk.

In Gearhart, city officials have considered tapping into a state program intended to control urban deer populations to reduce a growing elk herd. The large herd, which travels freely through town, has become a public safety issue and a nuisance for many residents. Alerts go out during calving and rut seasons.

Back in Jewell, three young elk bounded through wildlife refuge-protected fields in the direction of the double fence prototype Wednesday morning. They came to a clumsy, teenage halt when they realized people were on the side of the highway watching them. Their ears swiveled. They took halting steps forward and then stuttered back, toggling between curiosity and uncertainty before giving up on the whole thing and continuing to run.